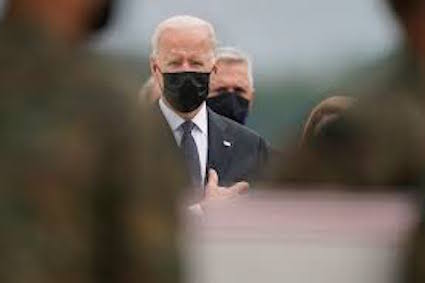 “If the United States negotiates with the Taliban, is it also talking to al Shabab?”

That question, asked by a faculty member after I gave a guest lecture at Somaliland’s University of Hargeisa, caught me by surprise. The Trump administration’s naive approach toward the Taliban aside, it was hard to imagine that the U.S. would do anything to empower a group like al Shabab. After all, al Shabab is an al Qaeda affiliate responsible for gunning down shoppers at Nairobi’s Westgate Mall, singling out and gunning down Christian students at Kenya’s Garissa University, and targeting civilians and government officials alike with car bombs across Somalia. Indeed, the very reason why the U.S. spent tens of millions of dollars training Somali forces was to give them the ability to counter al Shabab.

Two men, however, one deliberately and the other naively, unraveled Somalia’s substantial progress and enabled al Shabaab to get a second wind. The first was Mohamed Abdullahi Mohamed, or Farmaajo, a former bureaucrat from the Buffalo Housing Authority who became Somalia’s president in 2017. The other was Donald Yamamoto, the U.S. ambassador whose term in Somalia largely coincided with Farmaajo’s. Rather than abide by agreements to advance Somalia on a democratic and federalist path, Farmaajo sought to grab dictatorial control. Yamamoto, meanwhile, believed that if he channeled billions of dollars in assistance through Farmaajo, the Somali president could use the resulting patronage to extend his influence and build security.

It did not work. Dictatorship scarred Somalis, so they resisted Farmaajo’s ambitions. Rather than build his country with the cash Yamamoto dispensed or fight al Shabab with the international community’s military largesse, Farmaajo used it to fight his political opponents. Farmaajo even appeared to make common cause with the radicals. Fahad Yasin, his long-term intelligence chief, had tight associations with Qatar, al Shabab, and other terrorist groups. In recent weeks, Farmaajo appointed Yasin to be his national security adviser and now appears ready to appoint Abdirahman Dhere (aka Abdirahman Kulmiye Hirsi), a former al Shabab intelligence chief , to be his spy chief.

In recent days, Farmaajo has dispatched Special Forces that the U.S. funded and helped train to fight Ahlu Sunna Waljama’a. That’s an anti-extremist group that has long distinguished itself as the most successful indigenous Somali force in the battle against al Shabab. After a prominent Danab officer died in the fighting, Voice of America journalist Harun Maruf reported  the question many Somalis are asking: Who ordered the Special Forces to fight the Ahlu Sunna Waljama’a  instead of al Shabab, the line of which is only two dozen miles away?

In Afghanistan, first President Donald Trump and then President Joe Biden effectively empowered the Taliban at the expense of Afghanistan’s more moderate albeit flawed government. They did so in the belief that the U.S. had no lasting interests in the region, and U.S. efforts to support Afghanistan’s recovery and counterterror battle were tantamount to participating in a “forever war.” They also accepted the notion that the Taliban represented true Pashtun culture. The result of their reconsideration of the Taliban was a disaster, albeit one about which the Biden administration remains in denial. Not only does the Taliban impose their extremist social code on Afghanistan, but they have also allowed terrorists to have free rein again.

In Somalia, whether knowingly or through incompetence, Biden is now allowing history to repeat. Simply put, there can be very little other explanation as to why the White House, State Department, and Pentagon remain silent both as U.S. investment is used to attack al Shabab’s rivals rather than al Shabab itself. Farmaajo is putting known terrorists in a position to attack moderates and those seeking a democratic order. There can be no effective over-the-horizon counterterror capability when the terrorists themselves have hijacked the Somali intelligence apparatus. For Biden to replicate his Afghanistan disaster in Somalia, however, would not only betray women, moderates, and minorities once again, but it would also imperil African security far beyond Somalia’s border.

It will also make it far more likely that Somalia will become a safe haven from which terrorists can strike the U.S. homeland.

By Michael Rubin
The Washington Examiner