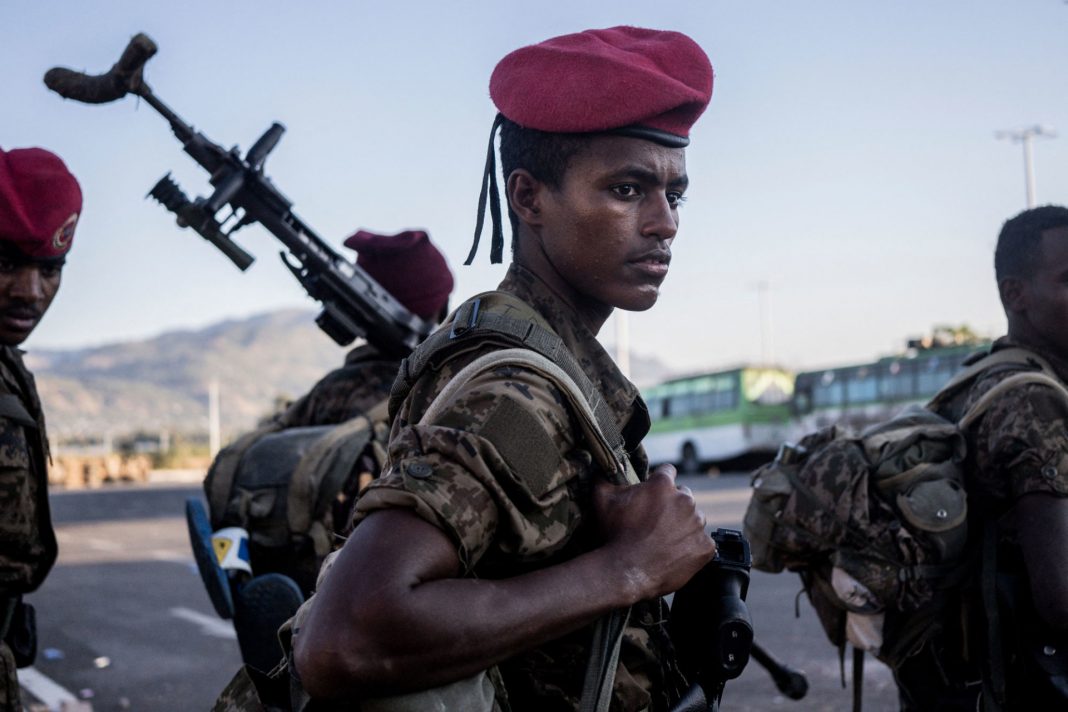 Can Ethiopia End Its ‘Very Dirty War’? With Zecharias Zelalem and Julia Steers

More than a year into Ethiopia’s brutal civil war, the country stands on the brink. The conflict has seen widespread violence against civilians and left millions at urgent risk of starvation. But a recent lull in the fighting has been hailed as an “opportunity for peace.”

In this episode, New Lines’ Faisal Al Yafai asks what comes next. He talks to journalist Zecharias Zelalem, VICE News’ Julia Steers and Biniam, a civilian from the Tigray region who lost several of his best friends to one of the war’s most notorious massacres. They discuss how the war started, why reporters have struggled to get it right and what it will take to end the bloodshed.