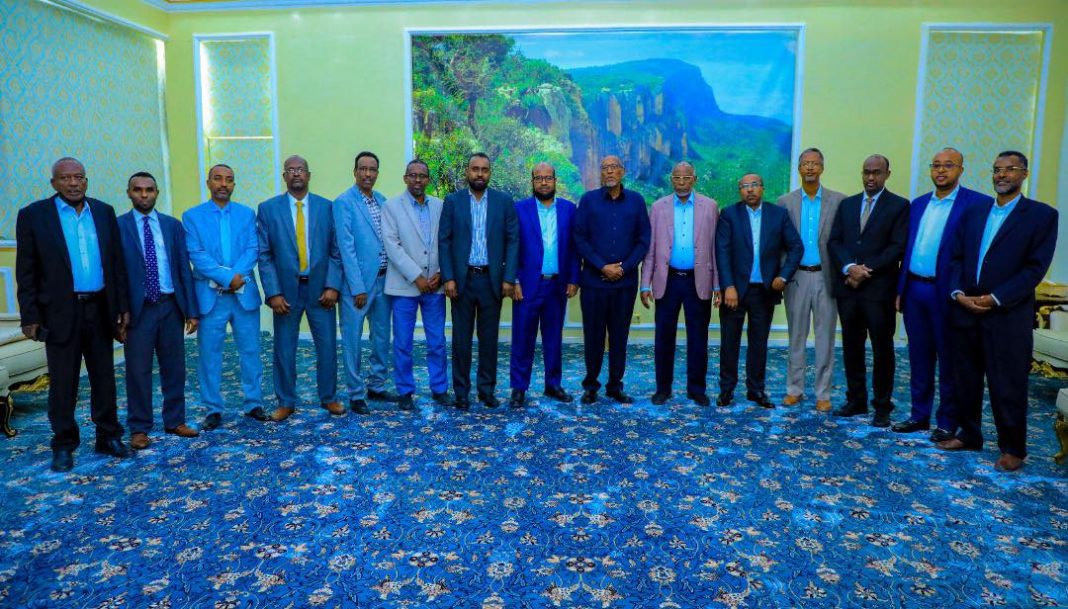 Expressing delight in a ground-breaking agreement Somaliland telecom giants reached with his government, Tuesday, His excellency the President of the Republic of Somaliland, Musa Bihi Abdi, cordially received the signatories at his office today.

President Bihi called the agreement reached a monumental step towards public-private-partnership harnessed to meaningfully serve subscribers and the community at large.

He expressed that the prospect of bringing high-speed underground fiber-optic services to Somaliland will not only aid businesses but, also, education, health, and communication at all levels.

Somaliland telecom giants and internet providers, Somtel, Telesom, and Somcable, represented by their owners and leaders, Mohamed Saeed Duale, Abdikarim Mohamed Eid, and Mohamed Saeed Geeddi, respectively, agreed with the government to share the landing and operation of submarine cables to enter the country.

The government was represented at the signing by Dr Abdiweli Sheikh Abdullahi Suffi, the Minister for Telecommunication and Technology.

Somtel, Telesom, and Somcable, it has been disclosed will each own 31.67% of the new joint company to be formed while the government has already budgeted for a 5.0 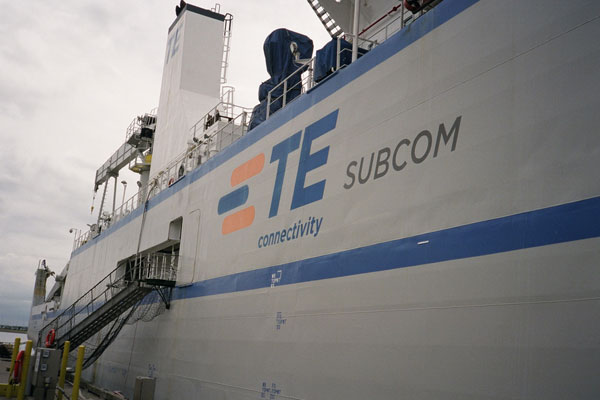 Telesom, in February 2016, reached an agreement with Omantel, Somalia’s Gollis (Puntland), and Ethiopia in a deal dubbed Ground2Africa cable system.

The deal did not come off the ground – at least for Somaliland – since the cable which would have entered the country from Bossasso, was blocked largely by successive Somaliland governments on technicalities.

Roughly two years later, SOMTEL also struck another cable agreement with Djibouti Africa Regional Express 1 (DARE I) that ambitiously aimed the whole of the Horn of Africa and Eastern African countries all the way to Zimbabwe in a – initially – 4500km undersea cable network. TeSubcom was contracted to lay the cable.

Again, the entry to Somaliland got lost in a tangle of pretexts, interests, and legalities.

Somcable was left with the only fiber-optic service in the country but it soon became only too clear that what it had was nowhere near enough to cover the nation’s needs for high-speed Internet service.

In March 2020, the Somaliland House of Representatives untethered the service from monopoly, signaling that providers were to compete in a free market.