The Republic of Somaliland expressed its delight that the United States’ lawmakers have approved an amendment to the May 2022 NDAA Act permitting the US government to further explore cooperation channels with strategically located Somaliland.

The new amendment allows the State Department to conduct a ‘feasibility study and report on prospects for diplomatic engagement and a security partnership between the U.S. and Somaliland’ according to a statement the Somaliland Ministry for Foreign Affairs and International Cooperation released today. 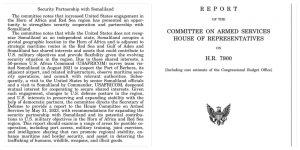 “This action follows guidance by the House Armed Services Committee (HASC) – in its report accompanying the NDAA – instructing the Department of Defense to provide recommendations for expanding the security partnership with Somaliland and its potential contributions to U.S. military objectives in the Horn of Africa and Red Sea region. This guidance was proposed by Representative Marc Veasey (D-TX), a HASC member who also co-chairs the Congressional Black Caucus Foreign Affairs & National Security Task Force,” the statement said.

According to the MoFAI statement the Act tasks the state department to assess the extent to which the Somaliland Republic can cooperate with the United States on or be useful in: 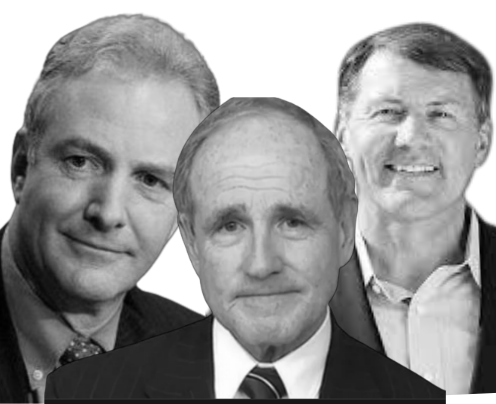 The MoFAIC statement went on to point out that the NDAA’s requirements closely aligned with the Somaliland  Partnership Act, which was co-authored by Senators Jim Risch (R-ID), Chris Van Hollen (D-MD) and Mike Rounds (R-SD) and approved by the Senate Foreign Relations Committee in May.

“We encourage the House and Senate to complete action on these constructive initiatives, and look forward to cooperating with both the State and Defense Departments on important and timely studies that will advance the mutual interests of our two democracies,” said Bashir Goth, the Somaliland Head of Mission in the United States, stated at the time.

Ahead of any action on the part of the State or Defense departments, it would seem that AFRICOM has reached a decision of its own by starting preparatory activities including advance building in the Red Sea port of Berbera’s extensive airfield facilities. 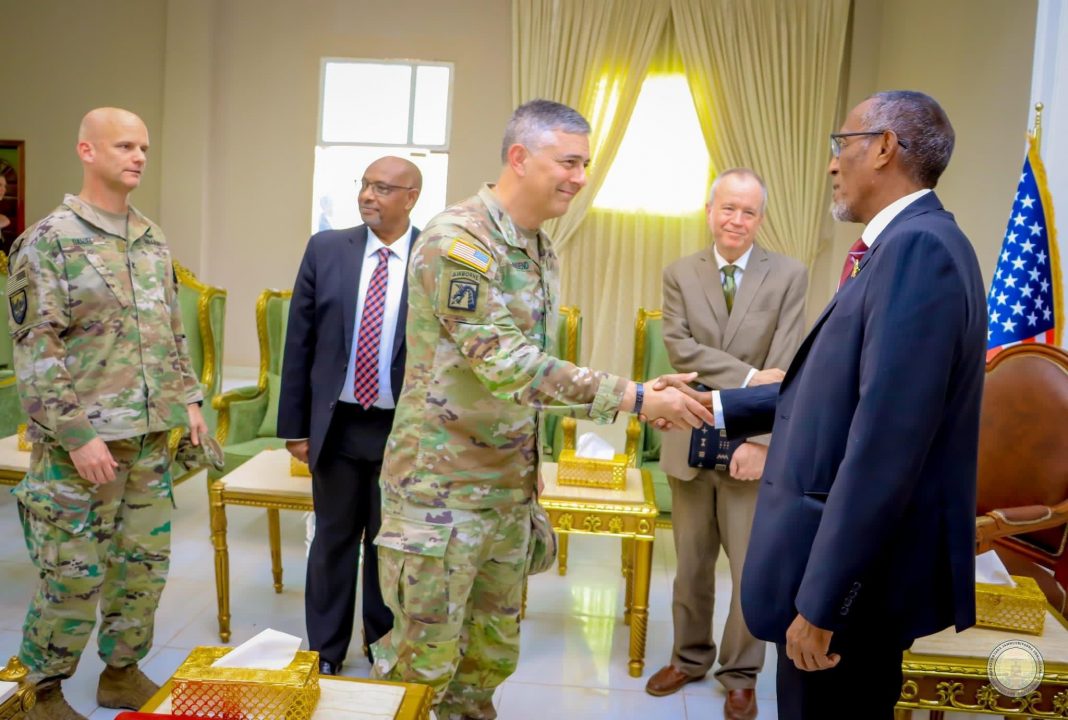 The new U.S. interest in Somaliland underway at Berbera and elsewhere appears to have been galvanized by a recent trip the AFRICOM Commander, General Townsend, accompanied by, among others, the United States ambassador to Somalia further south, made to Berbera in May, earlier this year.

But, according to analysts, the actual motive behind the renewed US interest in Somaliland has nothing to do with remorse on the part of the United States in a region it studiously ignored in every which possible for over three decades.

“The Ukraine-Russia war has awakened a slumbering giant to the dangers of leaving the ‘other side’ a free field to woo strategically located countries such as Somaliland to attractive deals including the recognition of a restored sovereignty,” most contended.

A few years earlier, Sir Gavin Williamson, then the UK Secretary for Defense, visited Somaliland and reported back it was high time for Britain to establish foreign military and naval bases in strategically situated in friendly areas such as Somaliland. The proposal, obviously, aimed to preempt similar, subdued overtures Russia has started making which, reportedly, touched chords with Somaliland hearts although these were never proved or denied. 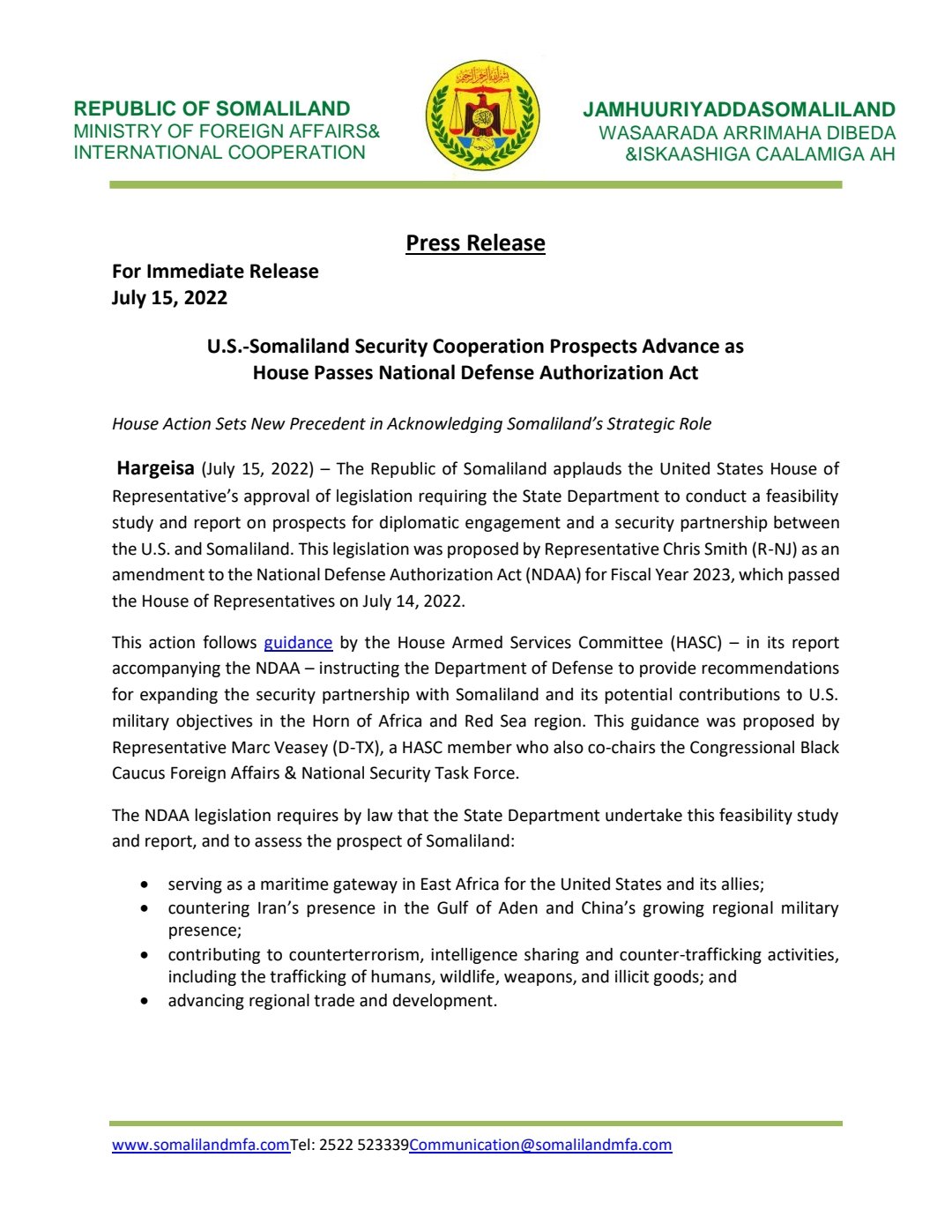 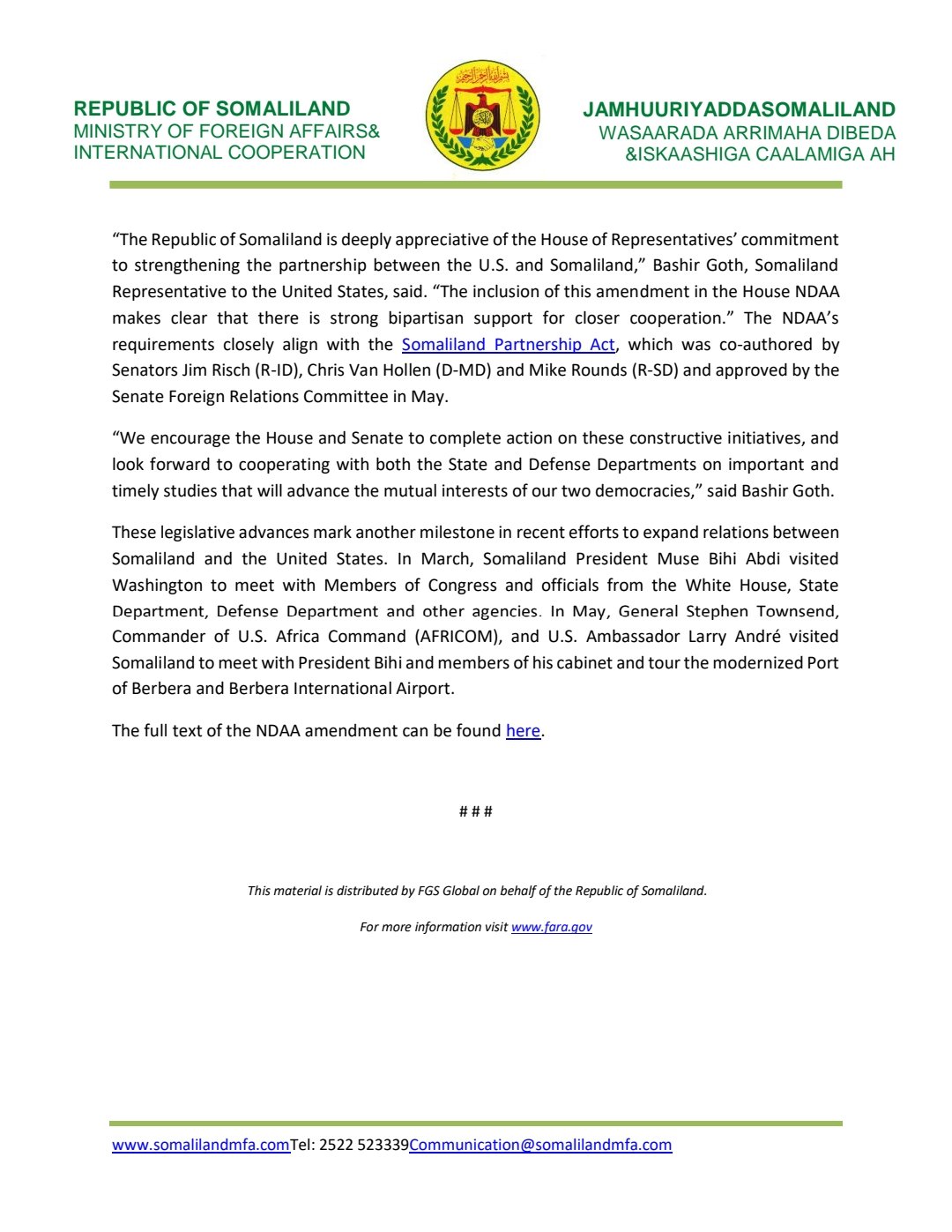