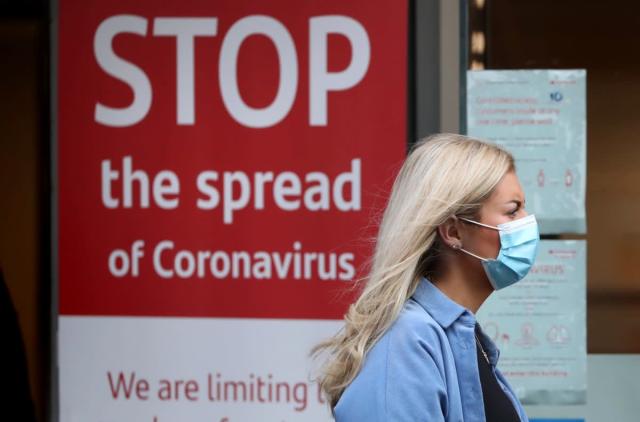 Concern is growing over two new sub-variants of Covid-19 that have driven up infection rates in the UK, inspiring fears that other countries could soon likewise see a resurgence in cases.

Known as BA.4 and BA.5, the strains were discovered in South Africa in January and February respectively and are effectively the grandchildren of the Omicron variant of the coronavirus, which spread across the globe in late 2021, and feature three mutations to their spike proteins, which, it is feared, enable them to retrain their attack on human lung cells.

That means they have more in common with the earlier, more dangerous Alpha and Delta variants than the highly transmissible but milder Omicron, which targeted upper respiratory tract tissue.

Potentially, these mutations might also enable the sub-variants to sidestep antibodies from past infections or vaccination and therefore overcome immunity.

Preliminary data captured by Professor Kei Sato of the University of Tokyo in Japan appears to indicate as much, prompting the virologist to comment: “Altogether, our investigations suggest that the risk of [these] Omicron variants, particularly BA.4 and BA.5, to global health is potentially greater than that of original BA

Professor Sato’s experiments indicate that the variants replicate more efficiently in the lungs than Omicron, while further experiments in hamsters have suggested that BA.4 and BA.5 may bring more severe disease.

The World Health Organisation has also been investigating the two sub-variants since April to assess whether they are more infectious or dangerous than their predecessors and have since added them to its monitoring list.

The European Centre for Disease Prevention and Control in turn labelled BA.4 and BA.5 “variants of concerns” back in mid-May.

What has sparked particular alarm in recent weeks has been the sharp rise in British infections in the wake of four days of festivities honouring the Queen’s Platinum Jubilee from 2-5 June, which encouraged increased socialising and duly led to a 43 per cent rise in case numbers the following week.

The UK’s latest data records 75,367 new cases over the seven days leading up to 15 June, an increase of almost 39 per cent week-on-week.

Deaths from Covid remain very low but hospitalisations have begun to tick upwards, doubling in England from 421 on 26 May to 842 on 15 June.

While immunity is high in Britain, with 87.1 per cent of the population having had two vaccine doses and 68.5 per cent of people having received a booster jab, the public has largely behaved as though the pandemic never happened since the last of Boris Johnson’s government’s unpopular restrictions were repealed a month ahead of schedule on 24 February, abandoning face masks and distancing and returning to life as normal.

However, it is now more than six months since the last major booster jab drive was mounted ahead of Christmas and the New Year and immunity could be beginning to wane, potentially leading to more patients needing professional care and perhaps even deaths, either now or later in the year when flu season descends.

“There’s a disconnect between the actuality of how infections are happening… and how people are deciding not to take very many precautions,” John Swartzberg, a professor emeritus of infectious diseases and vaccinology at the University of California-Berkeley’s School of Public Health, warned The Daily Beast, observing the UK situation and suggesting its conditions could easily be replicated across the Atlantic.

Should the equivalent sub-variant surge arrive in North America, moving from east to west as all previous Covid waves have done, the US will find itself much less well immunised, with just 66.8 per cent of the American public fully vaccinated and only 47 per cent having received a booster.

At present, BA.4 and BA.5 account for approximately 21 per cent or one in five new cases in the US, according to the Centers for Disease Control and Prevention, the first having been identified on American shores in New York in April.

But experts now expect that proportion to increase considerably within the coming weeks, another unwelcome reminder that the pandemic is far from over, however much we might wish it so.

How dangerous the new sub-variants really are, whether they can power passed antibodies and cause serious illness or whether our accumulated immunity will hold firm, remains to be seen.