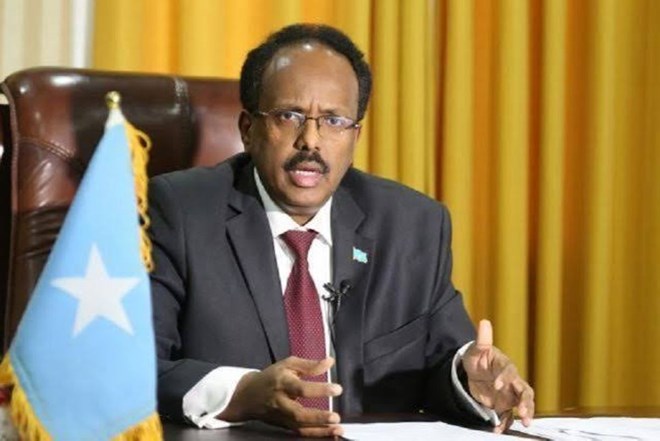 Following the latest incident where three top government officials from Somalia were blocked from entering Kenya, President Mohammed Farmaajo on Friday avoided Nairobi on his way to South Africa.

According to an update by the RTN Somali TV,  Farmaajo avoided Nairobi owing to the growing tension between Kenya and Somalia.

“President Farmaajo avoids transiting through Nairobi on his way to Pretoria for the swearing-in ceremony of South African President Cyril Ramaphosa amidst diplomatic tension between #Somalia and Kenya following the detention of a Somali minister & 2 Senators this week,” claimed the local media house in a social media.

In the JKIA incident, three Somali government officials holding diplomatic passports were denied entry into the country in what is seen as a further escalation of diplomatic relations between the two countries.

The trio who has since been identified as Osman Liban who is the Deputy Minister for Water and Energy and Senators Ali Ilyas Ali Hassan and Dahir Zamzam landed back in Mogadishu Airport on Tuesday morning after spending the night at JKIA.

Media reports indicate the bitter relations between Kenya and Somalia was triggered by a maritime dispute in the Indian Ocean.