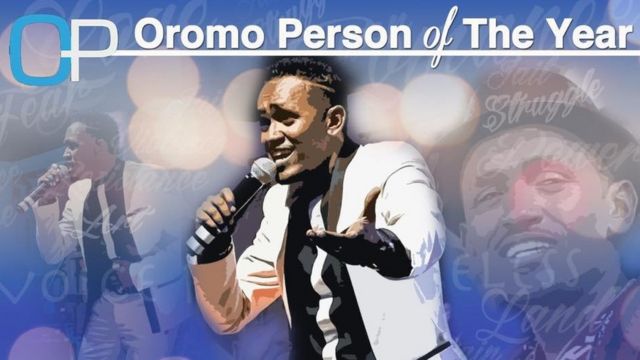 “I express my deep condolences for those of us who are in deep sorrow since the news of the death of the shining young Artist Hachalu Hundesa,” Fana reported the prime minister as saying. “We are expecting full investigation reports of this evil act.”

“Let us express our condolences by keeping ourselves safe and preventing further crime,” Abiy said.

Ethiopians on social media, including the country’s ambassador to Washington, expressed their shock at the killing of the popular musician.

Deeply saddened & shocked by the death of Hachalu Hundessa. We have lost a truly great young artist. My thoughts & prayers are with Hachalu’s family & friends

On Tuesday, youths enraged by the killing of the musician, who was known for his protest songs, burned tyres during demonstrations in Addis Ababa.

Hachalu, a former political prisoner, rose to prominence during prolonged anti-government protests, which propelled Abiy, a fellow Oromo, into office in 2018. The Oromo ethnic group, which has historically faced discrimination, led the mass protests.

His rule has ushered in greater political and economic freedoms in what had long been one of the continent’s most repressive states. He was awarded the 2019 Nobel Peace Prize for his reforms and his work to end the conflict with neighbouring Eritrea.

But the rise in political activism has also led to an increase in unrest in a country made up of more than 80 ethnic groups. Abiy’s rule has been frequently challenged by local powerbrokers demanding more access to land, power and resources.

His pan-Ethiopian politics have sparked a backlash from some elements of his own Oromo powerbase, spearheaded by media magnate Jawar Mohammed.

“They did not just kill Hachalu. They shot at the heart of the Oromo Nation, once again !!…You can kill us, all of us, you can never ever stop us!! NEVER !!” Jawar posted on his Facebook page on Tuesday.

Clashes between police and Jawar’s supporters killed at least 78 people in October last year after the government tried to withdraw Jawar’s security detail.

Elections due this year have been postponed until next year due to COVID-19 in a deal agreed with the major opposition parties.