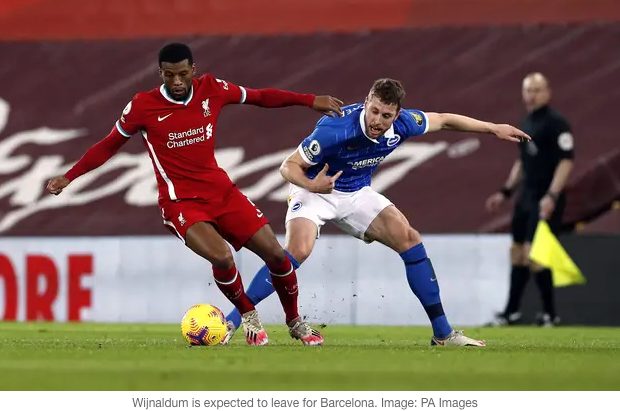 Jurgen Klopp could be forced to sell up to five players in order to start spending in the summer’s transfer window, as Liverpool attempt to climb back up the Premier League.

Over the past few years Liverpool have been praised on many occasions for their dealings in the transfer market, from making huge profit on Philippe Coutinho to signing Diogo Jota on a deal that didn’t require much money up front.

Those dealings in the transfer market has been made to look even better by the club’s success in winning the Premier League and Champions League in the past couple of years.

This season’s poor form has led to thoughts that Klopp needs to give his side a refresh to launch another run at the title next season.

However there could be an issue for Klopp, with the club needing to sell before they could buy because of the wage structure at the club.

According to the Liverpool Echo, the Reds’ wages have grown 87 per cent, from £166 million to £310 million, in the past three years and owners FSG don’t want that to go up much more.

As such Klopp could be forced to sell up to five players in the summer, if he wants to bring in the players on his wish list.
The Mirror report that Georginio Wijnaldum, Alex Oxlade-Chamberlain, Xherdan Shaqiri, Divock Origi and Joel Matip could be the men for the chop.

Wijnaldum seems like a certainty to leave Anfield this summer. The midfielder’s contract is up at the end of the season and he has long been linked with a move to Barcelona.

Klopp has claimed he wants the former Newcastle United player to stay on past this season but there has been no movement on a new deal for the 30-year-old.

The Ox has been hit with serious injuries since arriving in the north west from Arsenal in 2017 and with two years left on his £120,000-per-week deal he is an ideal candidate to make room in the budget.

Shaqiri and Origi have only ever been back up options for the Merseyside team, although the latter has scored a slew of important goals, and Jota’s arrival pushed them down the pecking order.

Matip is the most surprising name on the list, especially with Liverpool’s injury problems this season, but if Virgil van Dijk and Joe Gomez return from injury and Ozan Kabak gets a permanent move then Matip’s £100k-a-week deal would be worth getting off the wage bill.